Skip to the content
If you’re looking for your next magical adventure game, The Wild at Heart could be exactly what you’ve been waiting for, wrapping childhood escapism and exploration up into a gorgeous fantasy world. Even better, it launches just a few hours from now. And even better than that, it’s launching straight into Xbox Game Pass! We don’t have long to wait until we can explore the Deep Woods for ourselves, but if you’re as impatient for more The Wild at Heart info as we are in the meantime, check out everything we know here, with help from the development team at Moonlight Kids.

What is The Wild at Heart?

The Wild at Heart is a “herd-like” action-adventure game with a narrative focus and a sense of childhood escapism. Developed by Moonlight Kids, The Wild at Heart is set in the mysterious Deep Woods and has you collecting a horde of tiny creatures known as Spritelings.

When does The Wild at Heart launch?

There’s not long to go: The Wild at Heart launches tomorrow, on May 20th.

Will The Wild at Heart be on Xbox Game Pass?

Yes — The Wild at Heart joins Xbox Game Pass at launch as a day-one addition! 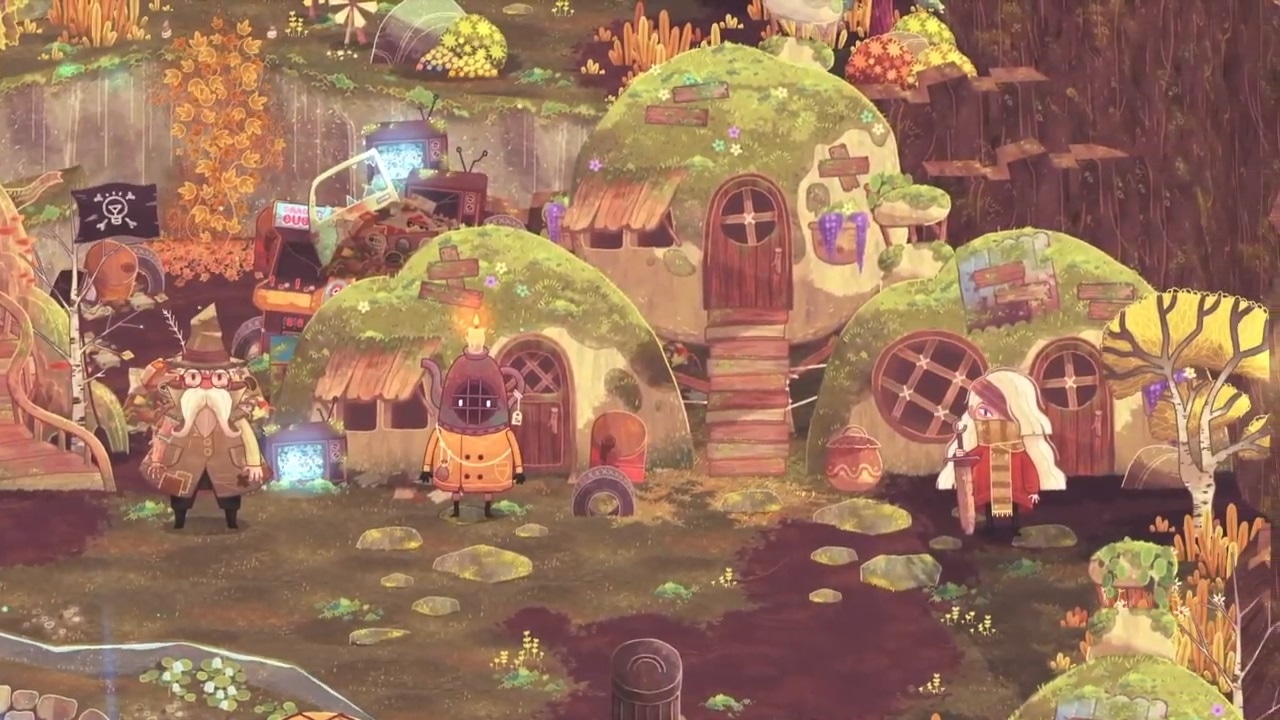 When first introduced, The Wild at Heart was described as revolving around “two precocious kids fleeing hardship.” These kids are best friends Wake and Kirby, from the town of Willowvale. Wake was throwing himself into his inventions due to a “troubled home life,” before he and Kirby decided to run away. Moonlight Kids says this is a plan they’ve been working on for a while, but “things go awry and they’re separated. We wanted to touch on, from personal experiences, how things aren’t always idyllic as a child; home life, situations with parents, trauma; and reacting to these things as a child might.” Intriguingly, although they stumble into the Deep Woods in their efforts to flee hardship, they aren’t able to escape it entirely — a “stygian evil” lurks somewhere in the realm. 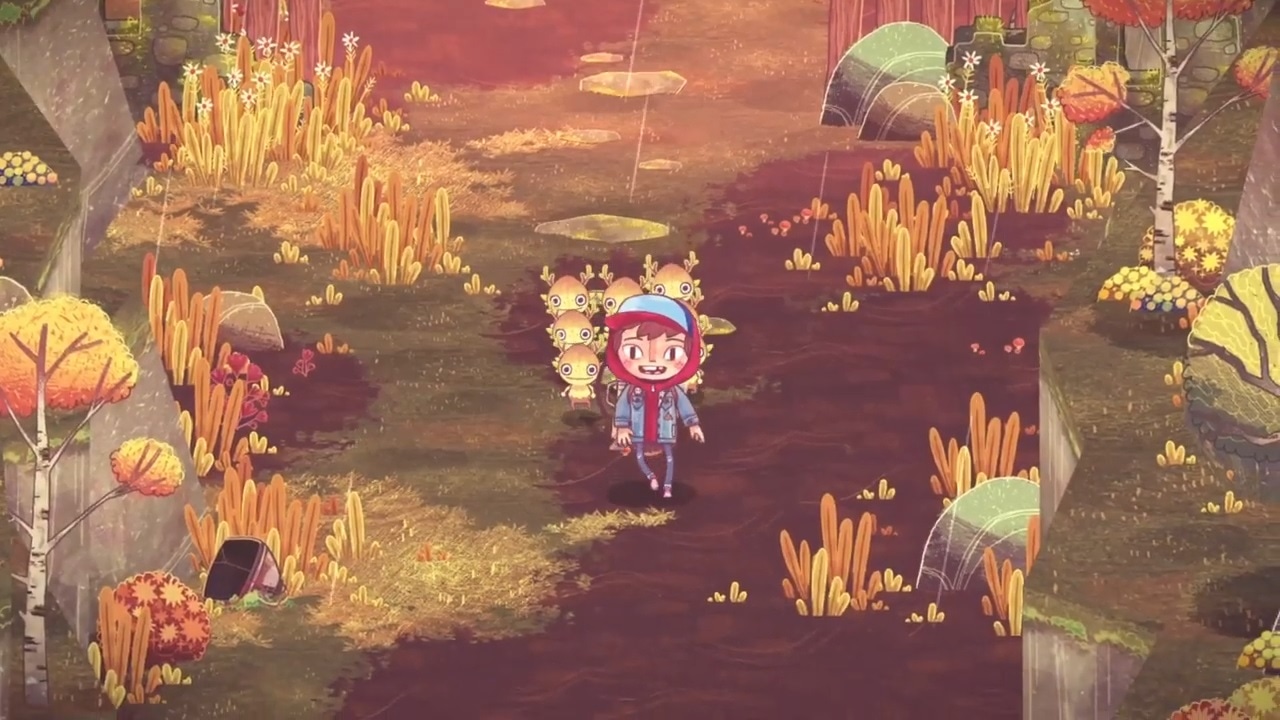 How does The Wild at Heart play?

The Wild at Heart seems to be a mix of exploration, resource gathering, crafting, combat, puzzle-solving, and “herd-like” elements, as you collect more and more of the small magical entities known as Spritelings. These Spritelings are pretty handy, and can help you in battle as well as in traversal and exploration — plus, the task of collecting and building a small army of Spritelings is in itself a pretty irresistible hook.

We know that Wake’s troubles at home led to him spending a lot of time on his inventions, and, as a result, crafting will be a big part of the game, with Wake and Kirby collecting everything from scrap to rare components and magical crystals to build new structures and tools. In combat, meanwhile, you’ll be armed with a vacuum pack — “the Gustbuster” — against the creatures of the Deep Woods, with the Spritelings jumping in to help when needed.

According to Moonlight Kids, exploration, puzzle solving, and crafting are “the big three” for The Wild at Heart, but otherwise, “players can expect a rich story, interesting characters and an engaging world that will hopefully stick with them for some time after they’ve put their controller down.” What’s the game world like in The Wild at Heart?

The Wild at Heart is set within the Deep Woods, but a glimpse of the in-game map in the recent extended gameplay video gave us a brief look at two sub areas within the Deep Woods: the central Deep Woods and The Grove. Although the Spritelings themselves are pretty darn adorable, the Deep Woods are also full of far less friendly creatures. “There are many foes in The Deep Woods,” explains Moonlight Kids. “You might find yourself up against a horde of Gloomcaps — mushroom-like enemies with a propensity to jab at you with their spears — or a gaggle of Bloat Toads: a toad-like enemy with a propensity to jump up real high and slam down on you with extreme force. We don’t want to spoil too much, but there are a good variety of enemies. Some mirror our real world and others… not so much!”

From what we’ve seen in trailers so far, the Deep Woods will completely submerge Wake and Kirby in a new and fantastical world. According to Moonlight Kids, this fantasy setting is key to the game’s atmosphere of childhood adventure. “We’ve all been long-time fans of things like Studio Ghibli, Where the Wild Things Are, and various other fantasy properties such as Peter Pan where the main characters, children, are thrown into a fantasy world,” the devs told us. Given the lockdowns and restrictions we’ve had for the past year or so, a world with as strong a sense of escapism and exploration as the Deep Woods looks to offer is even more tempting than usual. “In The Wild at Heart you’re quite literally immersed in another world,” explains Moonlight Kids. “Around every new corner is something either startling or intriguing. Having begun development on the game long before the pandemic, we certainly didn’t set out to make a ‘quarantine escape game,’ but it so happened that we made something that parallels what a lot of people wanted during the last year and a half: to have an escape. While we’ve been putting the finishing touches on the game, we’ve found ourselves pretty proud of a world that feels genuine and worth escaping into.” 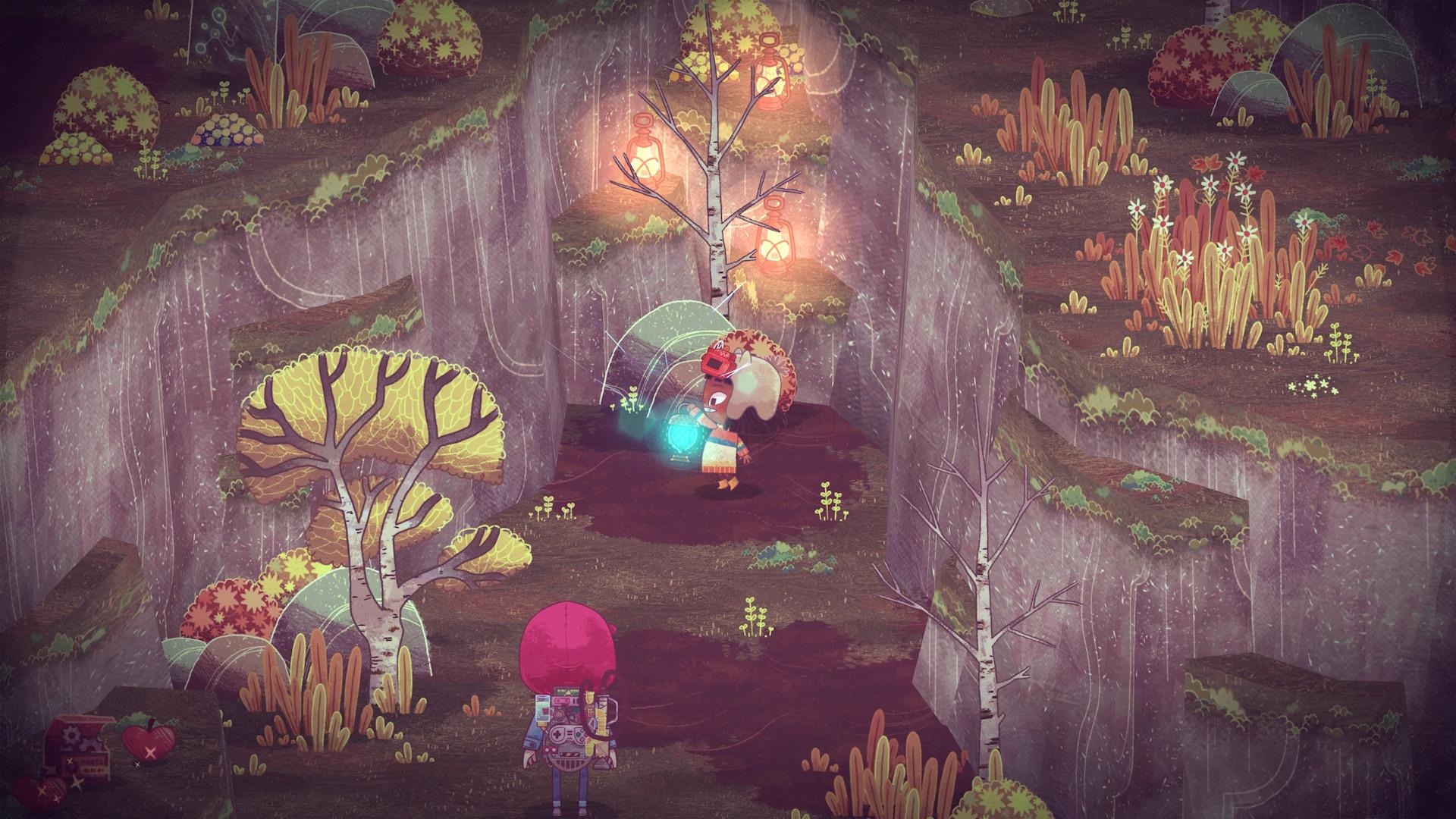 Any news on The Wild at Heart achievements?

Yep, we’ve got them! There are 29 The Wild at Heart achievements, and from the looks of things, there will be something for completionists and casual players alike. “As a team we aren’t the biggest fans of achievements that tie 1:1 with progression, but we understand it’s an industry standard and something players have come to expect,” says Moonlight Kids. “As a result, we have implemented a limited number of those. For the rest of them, we wanted achievements to be something a player might stumble into somewhat naturally (like crafting your first item,) or something for the completionists (like crafting every item.) Then there’s a small batch of achievements that were just kind of fun, weird things we’d accidentally done ourselves while playing, that we thought might make good (usually hidden) achievements.”

As for the process of implementing those achievements, the developers say this “turned out to be rather simple. We had most of the mechanics in by the time we were ready to implement them and it was just a matter of making sure we caught all the cases. For example, we have an achievement called “Freezy Pops”, and without giving too much away, there are several ways to get this and we just had to be sure all of them triggered the achievement.”

In our complete guide to Xbox exclusives for 2021, we thought The Wild at Heart might be ideal for fans of Carto, Drake Hollow, and Knights and Bikes — the first for its wonderful sense of exploration, the second for its focus on growing a little army of magical helpers, and the third for its gorgeous art style and themes of childhood friendship and adventure. What do you think? Will you be playing The Wild at Heart when it launches tomorrow? Let us know what you think in the comments!