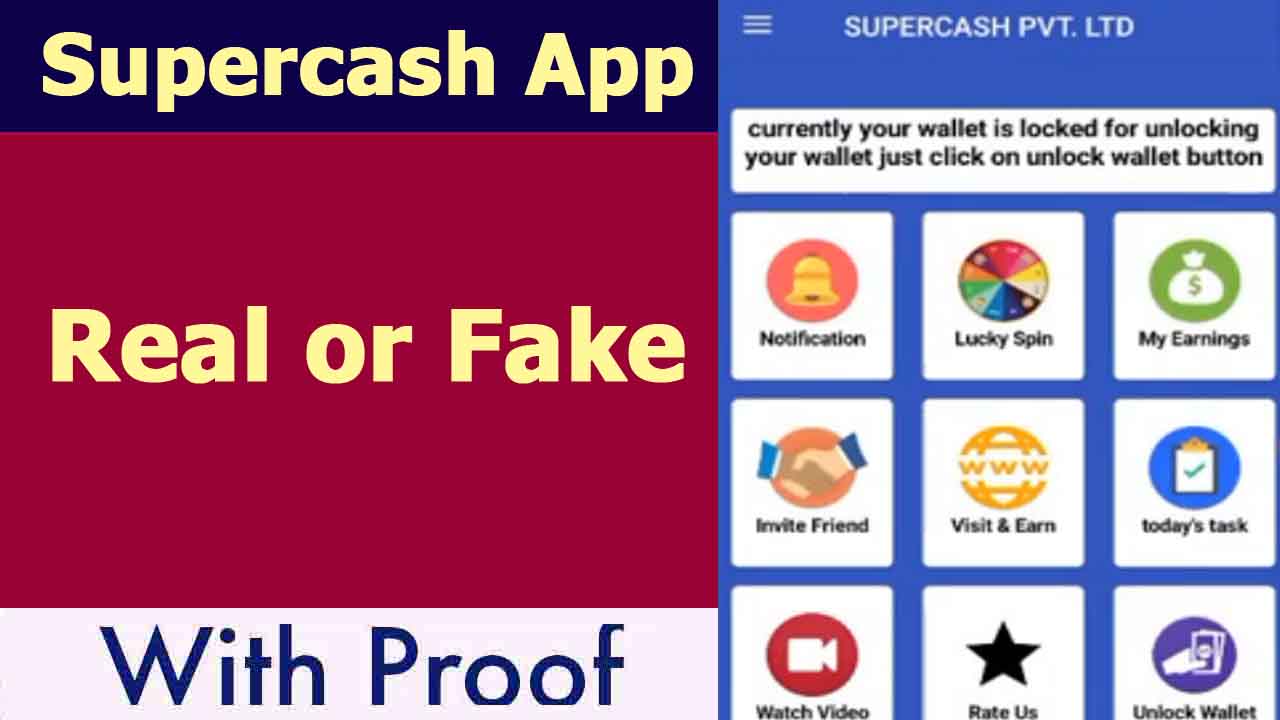 What is Super Cash Earning App?

You must have heard about Super Cash Earning App from online advertisements or from a friend.

As it is said in Advertisements, Super Cash Earning App is an online earning Application. In which you can earn 2000 rupees daily by watching video br by completing daily tasks. In it you are told that you have to pay 99 rupees to unlock your account, after that they will go back to the account.

So friends, I would like to tell you that app is completely fake. Any activation charge you deposit in it will be completely lost.

This is not the first time such people are doing this, before this they launch such fake apps in the market, And scammed people. Previously, they launched a similar fake app called DNS code Recever, which was completely fake. For information about it, watch video below.