[EXCLUSIVE] Gautam Gulati on working with Salman Khan in Radhe&nbsp

Television and film actor Gautam Gulati, who recently starred in Radhe: Your Most Wanted Bhai, credits Salman Khan for helping him bag the role of Girgit. The actor explains how Salman had a role to play in his casting and opens up about why filmmaker Prabhu Deva was doubtful about him at first.

Speaking to Times Now Digital in an exclusive interview, Gautam shared that the director thought he looked too “chocolaty” for a villainous role. “When I first went to the set, so they thought – ‘ladka thoda chocolaty hai ye dark role kaise kar paayega?‘ I could see from his reaction, though I was already selected because Salman sir made sure I was there in the film,” he said, and added that Prabhu Deva’s assistant director then came for a look test. Gautam then enacted a part of late Leath Hedger’s The Dark Knight Rises in English and then converted the dialogues in Hindi to perform.

“When I started performing in English, they loved it straight away and then asked if I can do it in Hindi. I said give me five minutes, let me convert the dialogues into Hindi. Then I wrote the dialogues, and I was all ready,” he recounted. Gautam revealed that after the look test, the makers were confident in him and decided to change his look to suit the character. Salman, too, shared his inputs about the look. “When Prabhu sir also said yes, Salman called me later, hugged me, and said good job, this is what we need to do.”

The actor, who feels blessed to have been a part of Radhe, also reveals if he was intimidated or nervous in Salman’s presence during the shoot. “Honestly, Salman sir ki jo personality hai badi babbar sher jaisi hai. Jab wo baithe hote hai toh aisa lagta hai ki jungle mei babbar sher baitha hai, he has this personality. So of course, darr toh unse lagta hi hai. Har bande ko darr lagta hai,” he shared and added that the tougher he looks on the outside, he’s as sweet on the inside.

“He is a beautiful human, and he always inspires with his conversations. Our relationship started in 2019 when we first met at a party, and I didn’t know that he was fond of me back then. Even I admired him always and now I can tell him about it. Now we know each other personally, so achi dosti ho gayi hai, baatein discuss karte hai,” he said. He also added that he feels to have Salman guided him on the film sets.

Gautam shared that even during the shoot, he used to take Salman’s opinion and feedback on his scenes. Revealing the compliment that made him feel blessed, Gautam said that Salman was all praise for his villainous act. “He used to say – you are looking deadly, khatarnaak lag raha hai like a young villain. Sir ne bola tu solid young villain hai, wo space tere liye bana hai. I appreciate his support and I love him for the kind of person he is. Jitni bhi taareef karu kam hai, kyuki wo bahut badia insan hai.” 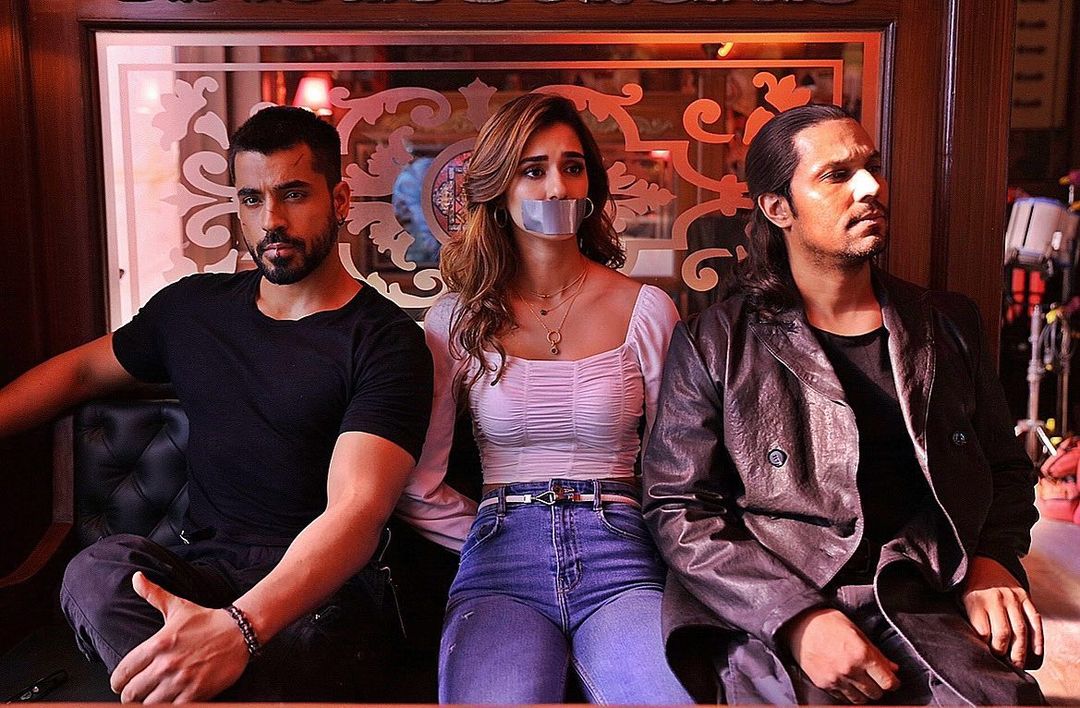 The actor, who had also emerged as Bigg Boss 8 winner years ago, is currently reading fresh scripts but hasn’t signed anything yet. Gautam is certain that he wants to give his nod to films that are produced and released well. As for genres, the actor is keen to explore different roles. “I really like films like Badlapur – dark films with grey characters. If you offer me a film like Student of the Year I would not do it, but if you offer me Badlapur I will do that movie for free.  Because that’s something I am passionate about. I can also do country-oriented films, maybe a film like Uri. If you talk about comedy, my all-time favoUrite is Garam Masala, I can pull it off,” he elaborated.

Having been in the industry for years, the actor doesn’t shy away from sharing that he has faced his share of rejections. “Poori life rejection rahi hai,” he said, adding that one is expected to prove themselves at all times.

He recounted that when he used to do television, so people used to say – TV actor hai toh TV ki acting karega. He then starred in a few films as lead but shared that they weren’t well-produced and didn’t release on a good level. After Radhe, however, Gautam thinks that people are appreciating his work. The actor is also of the view that one only emerges stronger after rejections.