Hi folks, It’s a Jacob that creates a simple coding channel that anyone can learn to code easily. So, Today topic is anyone who can learn code easily and why do you have to start it right now. You know, there is been a recent hot trend to learn code in reality. And even in the education area, More and more places are teaching code from elementary school to college. So, you just worried about falling behind this trend. Someone said if everyone will have to learn coding in the future,

but I am not sure What I’m trying to say is, like having a stereotypical image that people have of what programmers do, Unexpectedly, people who are talented as good programmers can miss the opportunity. Generally, you should throw away these stereotypes that it’s an opportunity to discover your potential hidden talent as a programmer.

This main content is generally based on what I’ve seen and experienced, it’s might something different from most people in the field can think about it. Just You can think of it as referring to a program developer’s opinion based on what I am experienced.

There are most people feel like coding is too far away because they are major in others like liberal arts. But, it’s hard to conclude that programming is just a science thing. Sometimes, it helps to affect increasing liberal arts parts. For example, liberal arts students who just took an optional course in programming classes such as C language and python in college to get a better grade than computer science majors.

The ability to read and write, they can handle their language, Its to deal with a programming language and make logic have something in common. Coding is in short just writing to a computer. It’s about delivering the thoughts you have in your head, accurately and efficiently, to a computer through a particular language.

Well-made code looks like a nice poem If you like writing, you might fall in love with coding. Basically, the computer science that we learn in college is not that difficult compared to other science majors like physics and chemistry. So, anyone can learn it easily. some people might say math is important to learn code, but it’s not what you think it is. It’s not to solve math problems well, mathematical ability like logic is important. If you need any math formulation, you can googling it and find and write it down.

The computer takes care of all the complicated calculations I think, basically, general programming like web developing, all you need to do just applying math in the proper area in a code. Before you try coding, you don’t have to give up coding just with your math skills. Later on, you want to be as a senior developer, keep going on to practice building up mathematical logic if you need it. If you’re going to take a computer major in college, you’re just looking at like the table of contents that you’re going to study as a developer.

Because in the field, you have to study it deeply and continually. After you graduated, and then get a new job, you must learn something new one. What is needed is to produce results with actual to code, but sometimes, there are many cases in which a person who different majored in applied based on a lot of experience to get a better one.

Of course, this is a case at the level of junior developers in order to become a senior developer and manager, you have to study the knowledge you learn in computer science as a base. I think Developers have to study before retirement. So, you don’t have to worry about code even if your experience is not completely related to computer programming. Actually, there are a lot of well-known developers not major in computer science

The best answer is you will ever try coding yourself. Start by making a simple web application, not by buying a programming language book and studying it from beginning to end. There are so many tutorials on creating websites or simple web applications on YouTube, so choose one for beginners and make it accordingly.

And if you find it interesting to code it, make a basic web application, and then change it your own way, modified what you’ve learned, and make other things, you’re qualified to step into the programmer’s path. The point is, there’s no reason not to be interesting. The first step is to have fun with coding. I think, basically, the fun of coding is that the code you made works the way you thought it would. That’s why you have to code right now.

After you do it yourself, when you think of coding, it’s like complicated, and you’re going to feel like having a headache, which can be completely different from the first feeling. This is also a very important attitude for developers. It’s the developers who keep wondering, finding and studying Okay, guys.

The possibilities of coding are endless, and people who can program are given more choices to get better a job. I hope you will have the opportunity to learn code to discover yourself as an unthinkable programmer that you have not found yet. Enjoy your coding. See you next time. Bye 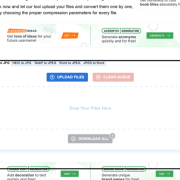 Read The Latest Information Or Stories.

VSCode Tutorial For Beginners – Getting Started With VSCode

How to speed up WordPress: 5 most popular recommendations that DON’T work